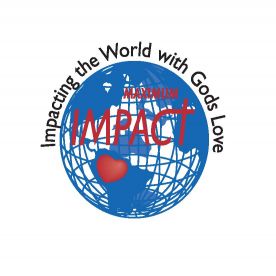 Little did he know that a chance sighting of a young teenage girl about the same age as his own daughter, alone and bewildered on the streets of southwest Atlanta would have such an impact on his life over the next six years. Today Drew Sewell serves as the guiding light for a ministry that has enriched the lives of more than 50,000 people over the past six years.

It all started on a bright summer day as he exited the interstate to come to the office. He was taking an exit that he had rarely used over the past seven years, but the circumstances of his job responsibilities had put him in that place on that day. There was but a brief moment in time when he encountered a young female appearing to be in her early teens. She seemed fresh, innocent and definitely out of place; she was a "working girl" in society's oldest profession, prostitution.

Drew went on his way toward the office to start another day of managing the day to day operations of two large manufacturing plants. There were people waiting to meet with him, problems to solve, and decisions to make that needed his immediate attention. He didn't have the luxury of having time to talk to this young teenager or take care of her – or did he? Drew, being a strong believer in the power of the Holy Spirit, had witnessed what God could do in his life if he allowed God to use him; this time, the power of God was overwhelming as he searched his heart with that question that has confronted all believers at one time or another in their lives:

Drew didn't know what to do or how he could help, but he did have an overwhelming sense of the Holy Spirit directing him to take care of her. He immediately turned his truck around to seek her out. Unfortunately, she had gone on her way by the time he returned to the corner where she was standing. Drew searched for her asking if anyone knew her or where he could find her. He never found that young person, but he committed in his heart to do whatever he could to seek out those less fortunate in the community and give them the reassurance that they had not been forgotten, that they were children of God and that God did care for them.

Drew's "burning bush experience" that day was a divine appointment; the young girl, an angel sent to test his commitment to serving God. He soon envisioned an event to bring God into the lives of those lost souls in the community, but it had to be more than just another church service. He envisioned serving the needs of the community with a meal, food to take home, haircuts, clothing, health and dental screening, a place for kids to romp and enjoy their childhood, and most importantly a time of fellowship, worship and prayer with Christian believers.

Drew persevered. He overcame one obstacle after another; God did intervene. When the local police bristled at the idea of welcoming these disadvantaged people to an event in their honor, he met with them and explained how God was in control and they would have to accept the fact that it was going to happen.

When the property owner (who was Muslim) learned that the people were being exposed to Christian prayer, Christian fellowship, and Christian music, he tried to renege on the contract allowing the use of his property; God did intervene.

When volunteers were needed, God did intervene and sent an overabundance of people committed to believing in Drew's vision to reach the community.

The event has grown to include not only the annual celebration for the community, but also a time of fellowship and a meal at Thanksgiving and Christmas, and gifts for children who would otherwise not be celebrating the joy of Christmas.

Is there a cost to getting all this accomplished? Yes, not only the hours invested by Christian believers but the cost of making it happen several times a year. Have you ever asked yourself:

"How can I get involved in this ministry?"

Well, there is a way. Maximum Impact Love, Inc. is a 501(c) (3) organization. You may participate by designating a weekly amount to be contributed to the ministry on your behalf, you may designate a onetime gift, or you can send any contribution directly to Drew at the corporate office.

Drew answered the call when God put this young teenager in his path. How will you answer the call?

Years ago, Drew had confronted his dad, Charles, as to why he was successful in business. Charles had responded that the answer was quite simple – too simple to be that easy, but Drew persisted in getting the answer. The answer was simple: Charles believed the Word of God to be true. He had made a covenant with God to support Christian ministries from the profits of CKS Packaging. He had kept his promise, and yes God had kept His.

There is but one scripture in the Bible where God asks you to test Him – in giving. Malachi 3:10, "...Test me in this," says the Lord Almighty, "and see if I will not throw open the floodgates of heaven and pour out so much blessing that you will not have room enough for it."